Initial Issue: The main issues around alcohol and licensing is the behaviour of some people leaving pubs and clubs and the serving of alcohol to young people underage in off-licensed and on-licensed premises.

Findings Evidence supplied by the St Helier Honorary Police shows that 6 St Helier licensed premises were convicted in court during 2006. These include 4 off-licences and two pubs. 3 of the off-licence convictions were for selling to underage and 1 was for selling to persons under the influence. The pubs were both convicted for allowing persons to remain on premises after hours and one of the pubs was convicted for permitting drunkenness on premises. 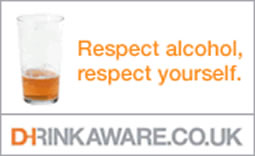 It is hard to square this level of prosecution with the large body of anecdotal evidence gathered which suggests that both drunkenness on licensed premise and sale of alcohol to underage is more widespread.

Evidence gathered from fieldwork with the police showed that there are significant numbers of people in town who are highly intoxicated. Whether or not this is as a result of them drinking on licensed premises however is not clear.

Information supplied by the hospitality industry does suggest that the drinking culture is changing in Jersey. It is noticeable that fewer people are going out during the week, preferring to party on the weekend. The average spend per-person in nightclubs is £7-8, the equivalent of 3-4 drinks. It is believed that this change is partly due to the increased expense of buying alcohol from pubs/clubs. Pub and nightclub owners suggest that the law which prohibits them from offering cheaper drinks and putting on drinks promotions should also apply to off-licences. They suggest that the price differential is encouraging people to drink at home prior to going out and this drinking can be harmful. The drink diaries tend to support this view with people stating that they drink quite heavily before going out because it is cheaper.

The issue of underage drinking will be dealt with under Anti-social Behaviour.

Extension of Premises Licence.
Currently nightclubs in Jersey stop serving alcohol at 2 a.m., allow 20 minutes drinking up time and 10 minutes to vacate the premises. This leads to a situation in which there are 100s of people all coming out onto the streets of St Helier at the same time. The proposal is to extend the time that patrons are allowed to vacate the premises for a further 30 minutes thus encouraging a trickle effect rather than a rush.

Price control.
There is a perceived disparity between off-licences who are allowed special promotions on alcohol and on-licences which are not allowed to substantially discount alcohol, nor offer 'happy hours' etc. Anecdotal evidence would suggest that the pricing of alcohol is leading to a potentially unwanted change in drinking culture. The proposal is to even up this difference by allowing clubs/pubs to set their own prices.

Town Centre Manager.
The perception is that Town after 8 p.m, can have an almost 'ghost town' feel about it. To attract people back into town, retailers need to open later and there should be more promotion of a café culture. Events should be scheduled throughout. The proposal is to appoint a Town Centre Manager who would be responsible for developing, monitoring and managing the night-time economy through liaison with, retailers, hospitality industry, residents etc. 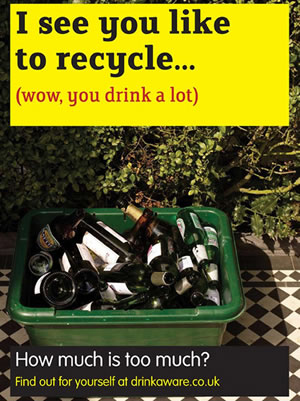 Whilst there are a number of projects seeking to tackle the issue from the young person’s point of view, there are currently, no programmes designed to raise awareness amongst staff serving in off licenses.

The aim of this initiative will be two fold.

Firstly, raising awareness amongst staff working in off-licences through poster campaigns and the development of a training package leading to a recognized industry qualification; secondly, a poster campaign for the public, specifically aimed at those who buy alcohol for underage drinkers explaining the penalties and the reasons for not doing so.

Research suggests that many underage drinkers obtain their alcohol from older
people buying it for them or are not asked for a proof of age. The results from the initial Safer St Helier research pinpointed the sale of alcohol to children under-age.

There was found to be a large body of anecdotal evidence which suggested that
young people under the age of 18 yrs old are regularly and openly purchasing
alcohol from a number of off-licence stores in Jersey. 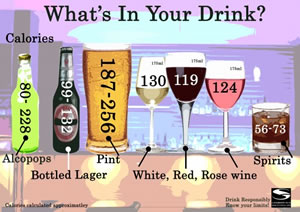 The group’s focus has been on how and where young people are obtaining alcohol from. Evidence from the Health Related Behaviour Questionnaire suggests that 15% of 14-15 yr olds who drink purchased alcohol from either an off-licence/supermarket (10%) or pub/club (5%). This has reduced significantly from 2000 when 36% said they’d purchased alcohol. However, one cannot simply ignore the large body of anecdotal evidence which suggests that purchasing of alcohol is more widespread.

Whilst this project is intended to be implemented in 2009, representatives of the SSHCP have already been in contact with the Health Promotion department with a view to producing posters raising awareness of the penalties for adults buying alcohol for young people.

The idea is for these posters to be prominently displayed in all off-licences and supermarkets. The penalties for buying alcohol illegally will be explained in English, Portuguese and Polish. This project will be taken forward during 2009.

Don't be a Plonker!

During the Christmas period of 2008, SSHCP commissioned radio and TV adverts to warn revellers of unacceptable behaviour and their effect on other party goers in St. Helier. This scheme was linked in with NiteNet and the Q-Safe Taxi Marshals to put the message across that if you cause problems in one establishment and you find yourself ejected, your details will be passed onto the establishments linked to the scheme and you will be denied entry to all others. Play Radio Advertisment